Beijing
The Forbidden City
The Forbidden City was the Chinese Imperial Palace from the Ming dynasty to the end of the Qing dynasty.  For almost 500 years, it served as the home to the emperors and their households.  Located in the center of Beijing, it is now a museum open to the public.

The building complex was laid out very precisely in accordance with a feudal code which designated specific features for reflecting the authority and status of the emperor.
Hutong area
​Hutongs are narrow streets or alleys.  In Beijing, hutongs are alleys formed by lines of traditional courtyard residences.  While there are cars, bikes and motorcycles are a common form of transportation on these narrow streets. The streets are confusing and it is easy to get lost - so by taking a rickshaw ride, you can see the lives of common Chinese without getting lost.  You can even have lunch with a local family!
Great Wall
The Great Wall of China was built to protect the Chinese states and empires against raids and invasions. The Juyongguan section, about 37 miles outside of Beijing, was first built from 770 - 476 BC.  It is very steep, but your efforts are rewarded with beautiful views and a sense of accomplishment!
Summer Palace
The Summer Palace in Beijing is a UNESCO World Heritage site that was first built in 1750 and is a masterpiece of Chinese landscape garden design. It was largely destroyed in the war of 1860 and restored on its original foundations in 1886. The natural landscape of hills and open water is combined with artificial features such as pavilions, halls, palaces, temples and bridges to form a harmonious ensemble of outstanding aesthetic value, and is where the Emperors escaped the summer heat of Beijing.
Xi'an - A one day optional excursion with the above tour.
The Terracotta Warriors
Xi'an, the former capital of China, has a rich history of over 5,000 years.  In 221 BC, Qin Shi Huang unified China and became the first emperor.  Before he died, the emperor had an entire Terracotta Army constructed to be buried along with him. ​When the statues were completed, the emperor ordered the workers to be killed so the statues would be kept secret.  However, word got out and the workers destroyed the statues after removing the weapons.  The tedious work of reassembling the statues is ongoing at all three pits.

The figures were discovered in 1974 by local farmers.  Each face is unique and the figures vary in height according to their roles, with the tallest being the generals. The figures include warriors, chariots and horses. Estimates are that the three excavation pits contain more than 8,000 soldiers, 130 chariots with 520 horses, and 150 cavalry horses, the majority of which remain buried. Other terracotta non-military figures include officials, acrobats, strongmen, and musicians.

Excavation pit 1
Shanghai
Shanghai, on China’s central coast, is the country's biggest city and a global financial hub. Its heart is the Bund, a famed waterfront promenade lined with colonial-era buildings. Across the Huangpu River rises the Pudong district’s futuristic skyline, including the Shanghai Tower and the Oriental Pearl TV Tower, with distinctive pink spheres. Sprawling Yu Garden has traditional pavilions, towers and ponds. 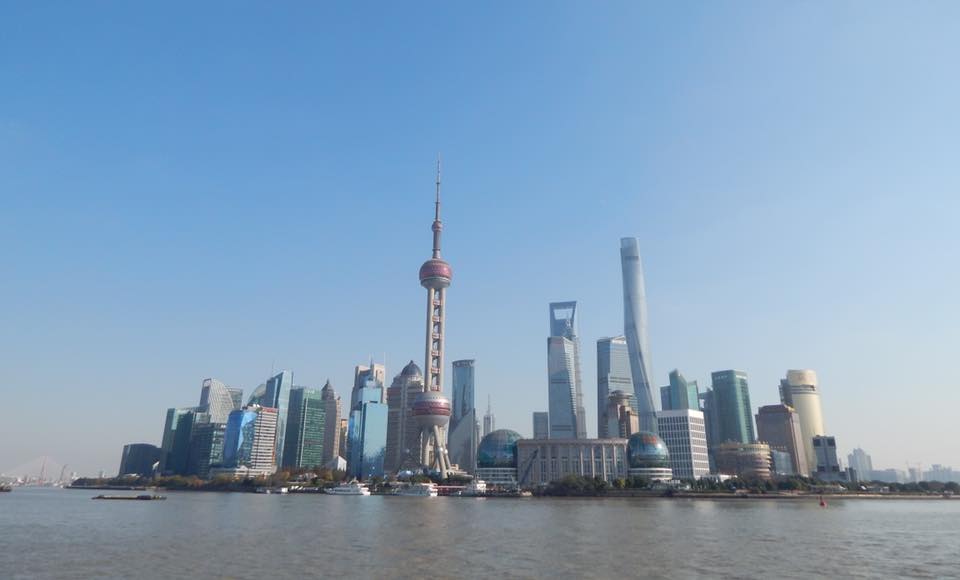 Shanghai skyline as seen from the Bund
Zhujiajiao
Zhujiajiao is a town that is 1700 years old. It is called a water city because it has so many canals. It is located about an hour from Shanghai.