Your Guide to Japan 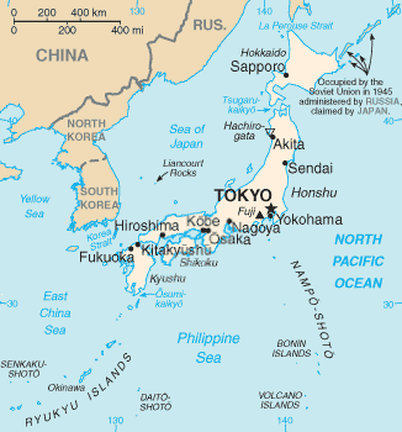 It is fascinating to watch as Japan struggles to merge its thousands of years of tradition with its present and future. So far, it has been able to do so with some mystery intact. The language barrier has helped, although that's slowly dissolving with bilingual signs and Japanese students learning English. For a while at least, the language, like Japan itself, will remain an intriguing challenge for visitors.

At Tokyo station, waiting for the bullet train (shinkansen), we watched as everyone bought boxed lunches (bento). So we bought one, too. It was inviting: The map on the cover suggested each of the foods inside had been harvested in a different part of Japan—white radishes from the far west, salmon roe from the far northeast, eel from the south coast. We saw it as the "Japan Sampler."

Later, we began to think of the box as a metaphor for Japan itself: It had the same sense of order—each food in its own little compartment, carefully thought out and arranged.  It was wrapped—everything in Japan gets wrapped. It even had a moist towelette—almost every restaurant gives you one. It was fairly expensive, too, which Japan can be.
Japan consists of four main islands (from north to south: Hokkaido, Honshu, Shikoku and Kyushu), plus the Ryukyu Islands and thousands of smaller ones with a combined total of 17,000 miles of coastline.
An Introdroduction to the Food of Japan
Tokyo
Osaka
Kyoto
Yokohama