Hosted by Blair and David
​Travel agents sometimes are offered FAM trips or Familiarization Trips at a reduced rate, so they can get first hand knowledge of a destination.  Normally, one agent from an agency is allowed on these trips and clients are never included.  However, we were able to get an exception, due to Covid crippling tourism, we can invite guests.

We believe you should see as much as possible "while you are in the area" so we have added a Kenya extension prior to the Tanzania FAM that is also an exceptional price.  Naturally, David and I will be doing both Kenya and Tanzania and, as animal and cultural lovers,  we are very excited about these exotic destinations.

​Space is limited on both of these itineraries

Kenya
May 15  Nairobi, Kenya
Met on arrival at the Jomo Kenyatta International Airport and transferred to your hotel. Check in, rest of the day at leisure. Meals on own arrangements and payable directly. Overnight at The Stanley Hotel-Deluxe Room  BB

May 16 Nairobi
After breakfast spend the day at leisure at the hotel to get over jet lag or explore on your own as there are no activities scheduled for today.   Lunch and dinner not included and payable directly. Overnight at The Stanley Hotel-Deluxe Room  BB

May 18   Amboseli National Park, Kenya
Depart after breakfast and drive to the Amboseli National Park lying below the most famous symbol of Africa, Mt Kilimanjaro.
Amboseli is famous for the dramatic views of Kilimanjaro, the highest free standing mountain in the world, and the highest peak on the African continent. Kilimanjaro at 19,340ft rises dramatically out of the Amboseli plains.  Despite being in Tanzania, the best views of the mountain are from Amboseli, with Tortilis Camp on a south-west hillside facing the mountain, having the most dramatic views of all.

Amboseli is also famous for its elephant herds.  Amboseli has some of the largest elephants in Africa, and the guides at Tortilis Camp know the individual elephants, their family history, and are able to get very close to the habituated herds.
Much of Amboseli incorporates the dried up bed of a Pleistocene lake, with lush deep fresh water springs in the middle of the park a haven for hippos and birdlife and a playground for elephants. As well as plentiful plains game and their predators, the area hosts its own eastern white bearded wildebeest migration, a population that is genetically separate from the Masai Mara/Serengeti population.

Arrive for check in and lunch followed by an afternoon game drive in the park. Return in the late afternoon for dinner and overnight at Tortilis Camp-Safari Tent - Full Board LDBB
Tortilis Camp is named after the natural forest of flat-topped acacia tortilis thorn trees that give it shade, the charming Tortilis Camp is situated on a sprawling private concession, accessed from within the renowned Amboseli National Park. Guests can expect elegant accommodation and endless views stretching to the majestic snow-capped Mount Kilimanjaro and Mount Meru in Tanzania. The camp’s beautifully-appointed tents are spacious, with comfortable beds, lovely ensuite bathrooms and a private veranda.

Over one thousand elephant, vast herds of wildebeest, lion and more than 300 species of birds have made the pristine wilderness of the Amboseli their home, which makes for exciting game viewing opportunities. Adventures include twice-daily game drives in open 4×4 safari vehicles, walks outside the park (led by expert Maasai guides), cultural tours and decadent bush breakfasts.

Indulge in the camp’s superb location — Tortilis occupies a prime position on a hill with its own waterhole, which guests can observe from the dining area and bar. Incredible views of Mount Kilimanjaro are also visible from the site.
​
May 19 Amboseli
After breakfast spend the day in Amboseli National Park with a morning game drive and afternoon game drive.  Lunch, dinner and overnight at Tortilis Camp-Safari Tent - Full Board LDBB

May 20 Day 6   Depart
0800hrs after breakfast transfer to Namanga, Tanzania border
1000hrs after clearing with immigrations you will be handed over to Excellent Guides representative to proceed for Tanzania FAM trip
End of Kenyan services.
Kenya Extension Pricing:  $1650 per person double occupancy
single supplement $800
$350 per person non-refundable deposit
$470 non-refundable deposit for solo travelers 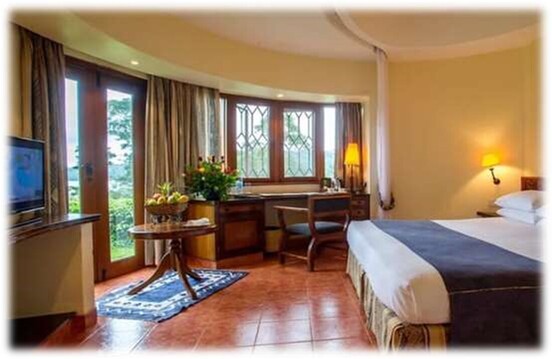 Tanzania Itinerary
May 20: Kilimanjaro International Airport to Arusha or overland transfer from Kenya
Arriving at Kilimanjaro International Airport, you will be welcomed by our tour guide, who will be holding a poster with your name who will transfer you to Arusha (45-60 minutes). The guide will transfer you to Arusha Serena Hotel dinner and overnight. This evening depending on your arrival time you will meet with the Excellent Guides Staff for a short chat and briefing about your safari.
The Arusha Town is known as the safari capital of the world but it is often overlooked in favor of its more glamorous, better-known neighbors –  Serengeti, Tarangire, Lake Manyara, and Ngorongoro Crater. But Arusha has a wealth of experiences to offer from safaris in Arusha National Park to breathtaking hiking on Mount Meru, Cultural tours, Tanzanite, and more. 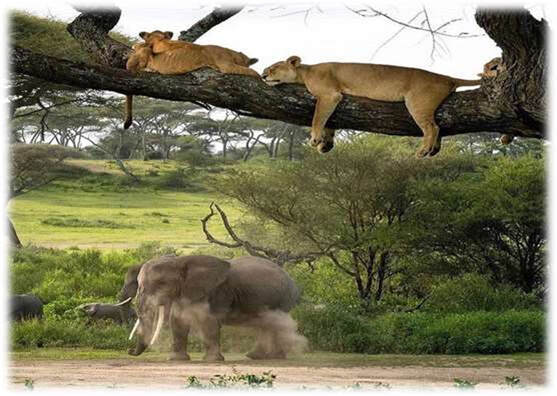 May 211 Short Presentation, depart to Manyara National Park
After breakfast, you will meet with the Excellent Guides Staff for Good morning greetings, a short presentation, and best wishes to carry throughout your safari heading into the Manyara National Park. Enjoy the game drive in Manyara famous for the tree-climbing lions. Afternoon picnic lunch overlooking Lake Manyara before departing to the lodge for overnight. On your way to the lodge, you have the opportunity to stop for a quick lodge inspection.  Dinner and overnight Manyara Serena Lodge/Similar - Full Board 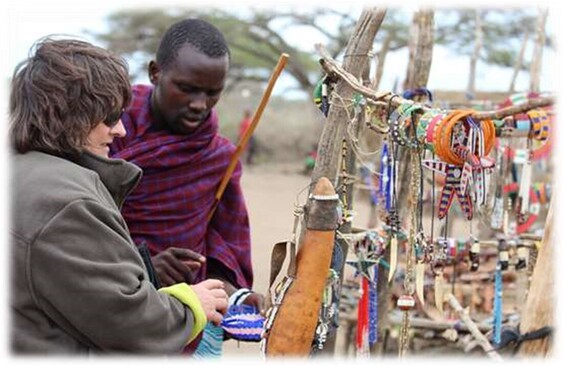 The Maasai tribe lives in southern Kenya and northern Tanzania. They are known for their welcoming dances where men sing and jump as high as possible with straight legs, to show how fit and strong they are. The woman stands at the side, singing with the man and doing a special dance for women only.
The Masai believe that all the cows in the world belong to them and were given to them by god. The wealth of a family is measured by the number of cows they own.
The Masai tribe lives in villages (Manyata) and each woman builds a small house (Boma) for her family. The boma’s structure is made of wood and it is covered by a mixer of mud, wood and sticks, grass, cow dung, human urine, and ash. Traditionally, men are wearing sheets that are wrapped around the body. Usually, the main color is red but you can  see some blue colors and a paid pattern. Men and women are wearing ornaments made of colorful beads. 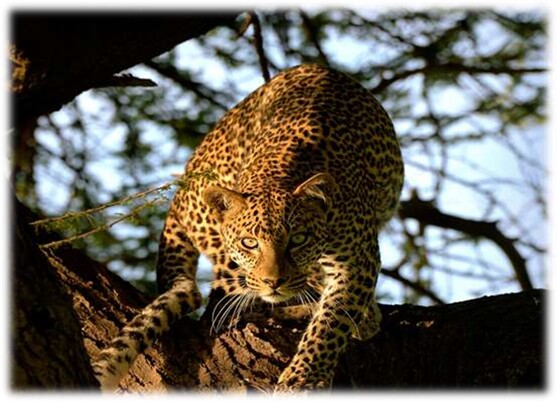 May 23: Central Serengeti National Park
Early morning wake-up call and breakfast. Today you will depart for 3 hours morning game drive till 11:00 am then visit lodges and Camps in Serengeti for inspection whereas hot lunch will be served at one of the Lodges, this will be done till late afternoon where you will engage in an evening game drive as the sunsets. Dinner and overnight Four Seasons/ Serengeti Serena Lodge/ Similar -Full Board.

Serengeti National Park is undoubtedly the best-known wildlife sanctuary in the world and it has the greatest concentration of plains game in Africa. Established in 1952, it is home to the great migration of wildebeest and zebra. The resident population of lions, cheetah, elephants, giraffe, and birds is also impressive. The Park can be divided into 3 sections:
* The southern/central part (Seronera Valley) with its classic savannah dotted with acacias and filled with wildlife.
* The western corridor is marked by the Grumeti River and has more forests and dense bush.
* The north meets up with Kenya’s Masai Mara Reserve, which is the least visited section.
It is the migration for which Serengeti is perhaps most famous - over a million wildebeest and about 200,000 zebras flow south from the northern hills to the southern plains for the short rains every October and November, and then swirl west and north after the long rains in April, May and June. During the months of July-September, the herds will cross the  Mara River again and again in search of fresh grass. They will have to face the mighty crocodiles in the river, who are waiting quietly in the  water for their opportunity. Serengeti is also known as the “endless plains” in the Maasai language. 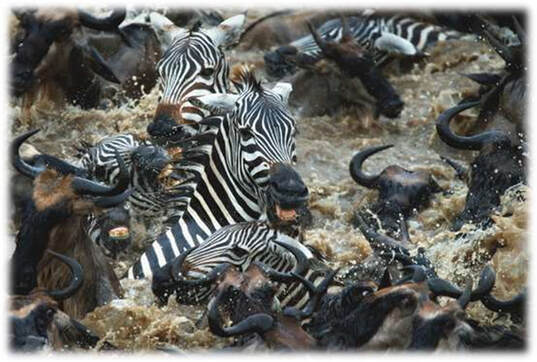 May 24: Full Day Game Drive in Serengeti Plains
Toda begins with a leisure breakfast before you will venture the corners of the mighty Serengeti plains for an unlimited game drive with high chances of following the great migration and spotting pride of lions, cheetahs, leopards, and many more. After picnic lunch, continue with an afternoon game drive. Dinner and overnight Four Seasons/ Serengeti Serena Lodge/ Similar -Full Board 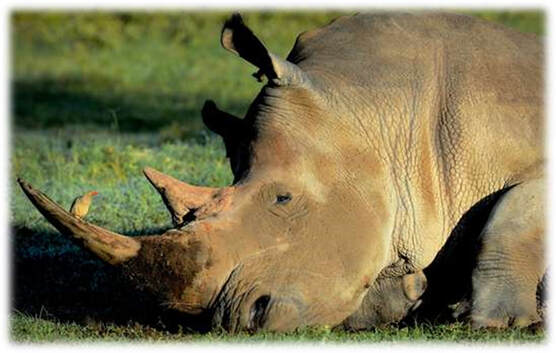 May 25: Serengeti National Park - Ngorongoro Crater
Early breakfast in Serengeti then departs to enter the conservation area of Ngorongoro and descend 600m into this magnificent crater for a morning, half-day game drive. The Crater is one of the most densely crowded African wildlife areas in the world and is home to an estimated 30,000 animals including some of Tanzania’s last remaining black rhino.

Supported by a year-round water supply and fodder, the Ngorongoro Crater supports a vast variety of animals, which include herds of wildebeest, zebra, buffalo, eland, warthog, hippo, and giant African elephants. You will enjoy a picnic lunch in the crater, after which you will climb up of the crater for a short afternoon lodge inspection at the Carter rim before. Dinner and overnight at Ngorongoro Serena Lodge/Similar -Full Board

The Ngorongoro Crater is the largest unbroken ancient volcanic caldera in the world. In 1979 this nearly three-million-year-old area was designated a UNESCO World Heritage Site. The former volcano crater is  also considered being “Africa’s Garden of Eden”, as it is a haven for  thousands of wild games, including lions, elephants, wildebeests, zebras, rhinos, Thomson’s gazelles, and buffaloes. The crater is among the 8 Natural Wonders of the World.
May 26: Ngorongoro – Arusha, Transfer to Kilimanjaro Airport.
Following breakfast, you will be heading to Arusha City. Upon arrival in Arusha, you will have a short chat with Excellent Guides Personnel and a short debriefing before heading to the Kilimanjaro International Airport to catch your flight home. It is with great regret to inform you that your safari has come to an end. While the memories will last forever, we do hope you will return one day to retrace the steps of the adventure you just completed. We wish you a safe and enjoyable trip to your next destination.