Recipes From Around the World 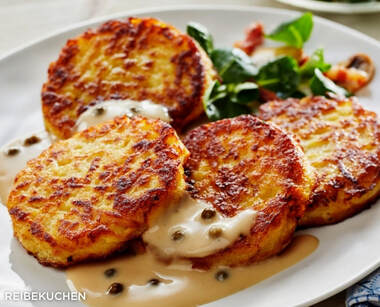 Germany - Potato Pancakes  - The Potato Decree of 1756 - Frederick II of Prussia recognized the nutritional value and economic feasibility of the plant, and so, in 1756, he decreed that potatoes should be cultivated and grown all over his country. He planted a large field in a near village, gathered a crowd, and preached to them about the benefits of the potato.

Most famous in the Rhineland, you’ll find these crispy fried potato pancakes sold in street stalls, especially in Cologne, Germany, the most famous of which is situated outside the Cologne railway station. ​

Israel - Latkes with Sweet Potato Puree  - Latkes, a potato cake fried until its golden and crispy, is a traditional food served during the Jewish celebration of Hanukkah. 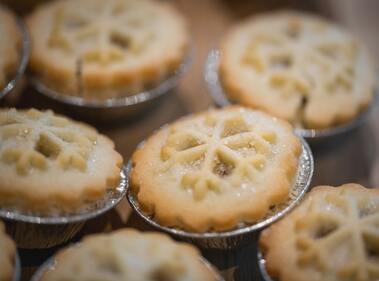 ​England - Mince Pies - Mince pies have been eaten as part of a traditional British Christmas since as long ago as the 13th century when fighters from the Crusades brought back exotic spices such as nutmeg and cinnamon. Then they were made of a spiced, sweet meat mixture but are now commonly made with sweet mincemeat, a mixture of dried fruits, sugar, spices, and brandy (and no meat). They are a notable part of the heritage of a British Christmas. 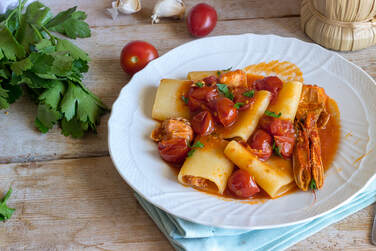 ​U.S. & Italy - Seafood Pasta - Every year in the U.S., many people celebrate the Feast of the Seven Fishes on Christmas Eve. Although it is unclear when the dinner became so popular, this celebration is considered one of the most Italian traditions. Typically, the family gathers around a feast of seven different seafood dishes or one or two different types of fish prepared in seven different ways. 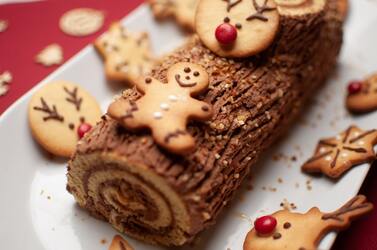 ​France, Belgium and Switzerland – Yule log or bûche de Noël -  A traditional Christmas cake, often served as a dessert near Christmas.  It is a rich cake filled and rolled to look like a log and is often decorated with meringue shaped into mushrooms or other small treats to make it look as though it were found on the forest floor. 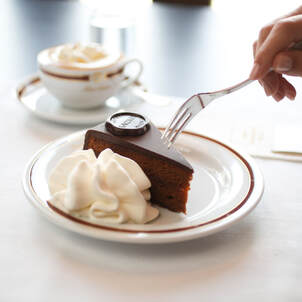 ​Vienna, Austria - Sacher-Torte - The Sacher-Torte, is the consequence of a lucky twist of fate, when in 1832 the Austrian State Chancellor, tasked his kitchen staff with concocting an extraordinary dessert to impress his special guests. As fortune had it, the chef had fallen ill that evening, leaving the apprentice chef, the then-16-year-old Franz Sacher, to perform this culinary magic trick. Metternich’s parting words to the talented teenager: “I hope you won’t disgrace me tonight.”  It was so successful it has it's own holiday on December 5!

​Japan – KFC - In Japan, the Christmas Eve dinner of choice is KFC – Yup, that KFC. The tradition began in the 1970s with an ad campaign and grew in popularity from there. The Japanese now order their “Christmas Chicken” weeks in advance, and can also grab cake and champagne when they pick up their orders.  While not a recipe you have to admit it is an unusual and interesting tradition! 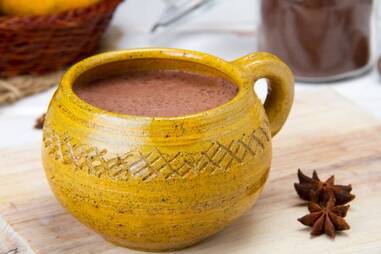 ​Peru – Spiced Hot Chocolate - Spiced hot chocolate is a Christmas tradition in Peru. Churches throughout the country take donations to make large quantities of it, and also accept donations on panettone, an Italian holiday bread. The bread and hot chocolate is served to those less fortunate in the weeks leading up to Christmas. 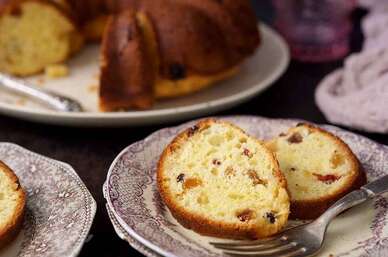 ​Poland – Babka - Bread is an essential part of the holiday season in Poland. One of the traditional bread dishes served is babka, a sweet bread, which is often broken on Christmas Eve following a fast. Polish families also set out an extra place setting for the lone wanderer who may pass through. Their Christmas meals are usually meatless and consist of staples like beet soup, boiled potatoes, and herring with sour cream. 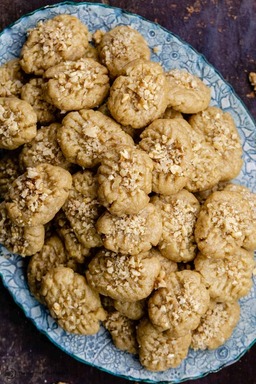 ​​Greece – Melomakarona - Christmas is a major affair in Greece. Many Greeks fast before the holidays and when Christmas Day arrives, they go all out. One traditional dish served is melomakarona, a sweet, honey-soaked cookie topped with ground walnuts. It is eaten on Christmas Day, once fast is broken. 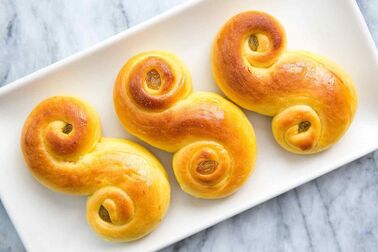 ​Sweden – Saffron Buns - Sweden and other Scandinavian countries celebrate St. Lucia’s Day on December 13. According to tradition, the oldest daughter dresses in a white gown with a red sash and a crown of lit candles, then wakes her parents with coffee and saffron buns.  Sounds good to me!